These games are some of the best for a holiday, in our opinion. Games are a great way to spend time with friends and family, and you have plenty of time in the holidays. In addition, they’re a great way to spend the time if the weather isn’t cooperating. As the rain hits the roof of your motorhome, wrap your hands around a cup of tea and play your hand! 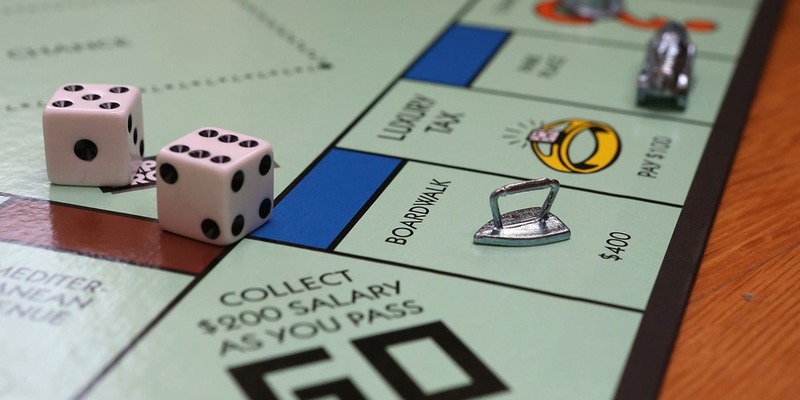 Probably the most well-known board game. Since it was released in 1935, it has been published in 47 languages and sold in 114 countries. There are also countless of editions, such as Game of Thrones. If you feel like a challenge, try break the record for longest continuous game. Be warned, though, it’s currently at 70 days!

If you buy the Four-in-a-Row travel edition, you can play it anytime and anywhere. It’s small and extremely simple - the name gives it away! You can get them in a row in any manner, diagonally, up, across. The first to get four in a row wins!

Rummikub is already quite a commonplace family game. It’s all about getting the right combination of tiles down. It’s a matter of insight, daring and tactics to win! It comes in a brilliant small travel edition, which takes up no space and can provide plenty of entertainment! 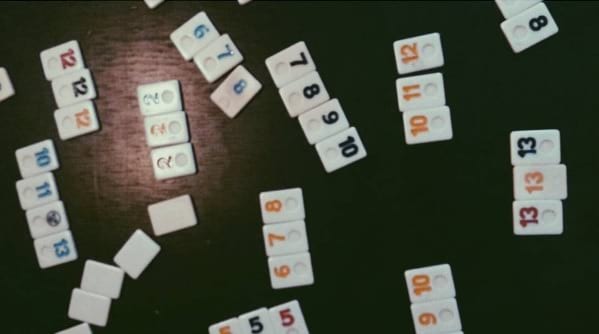 Are you a big fan of the game Settlers of Catan, but find it’s a bit of a pain to bring such a large box with you? Then this dice game is perfect! With this dice version, you get a sheet of paper with all the famous streets, villages and town of the ordinary Settlers of Catan set up. You throw the decide three times each to put together a combination of what you want to do!

You’re guaranteed a laugh with the game Halli Galli. You and your fellow players turn a card, and as soon as one shows five equal pieces of fruit, you try to hit the bell as fast as possible. So stay aware! Whoever hits the bell first gets all the cards, and if you don’t have any, you’re out! Once you collect all the cards, you’re the winner!

Also one of the most well-known board games. One that requires a bit more thought and strategy, it’s all about words. By utilising the various letter scores, and the spots on the board that increase your score, you have to get the most points. The game ends when the bag of letters is empty, and nobody can go anywhere. Add up the score of your remaining letters, and take that from your total points, and whoever has the most after that wins! You can also get kids version and travel sizes.

Are you good at guessing? Then “Who Is It?” is for you! By asking your opponent a bunch of yes/no questions, you’ll have to get the information you need. Your opponent has a secret character card! But meanwhile, your opponent will be trying to do the same thing, so it’s whoever can guess first! You can get a travel edition, but you can easily use pen and paper, and stick it to your opponent's forehead!

Gather in a large group of people. One person, preferably who knows the game, is in charge. Everybody closes their eyes and if s/he selects you, you are part of the mafia. Normally they choose three, but it can change with the number of players. The other people are the citizens. The leader will say that night falls, and the mafia can choose to kill any person that is a citizen. However, the leader also assigns a detective, doctor and barman when he assigns the mafia (if you wish) and so they stay secret.. The detective who can learn the team of a player, but he can also ask every night. The doctor can protect a person every night, so they can’t die. Lastly, the barman can cancel the effect of a person. So they can save a person, or stop a person being protected. But they must choose the right person. The game ends when the mafia are dead or the outnumber the civilians.

Lastly, we advise taking a deck of cards with you. Everybody knows a good few card games, and you can also make one up or vary them to fit you! 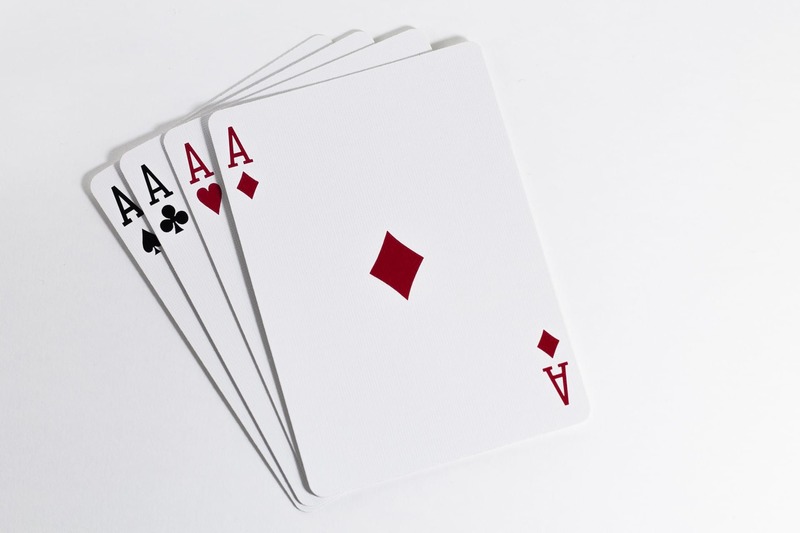 Jake has had the good fortune of living in various countries, loves having adventures and trying cuisines from all corners of the globe. That being said, he has a special fondness for surfing and exploring the coast of his home, the UK.
Related posts
Bringing a Dog - Motorhome Travel
10 Family Friendly Campsites in UK
Best Camping Activities for Kids
5 Reasons To Go on Motorhome Holidays
Follow us on Instagram
Follow Goboony

Hire a Campervan for a Weekend
Search
Want more inspiration?
Subscribe and receive great tips, promotions and inspiration for your next motorhome trip, straight to your inbox.
Subscribe
Or create a new account